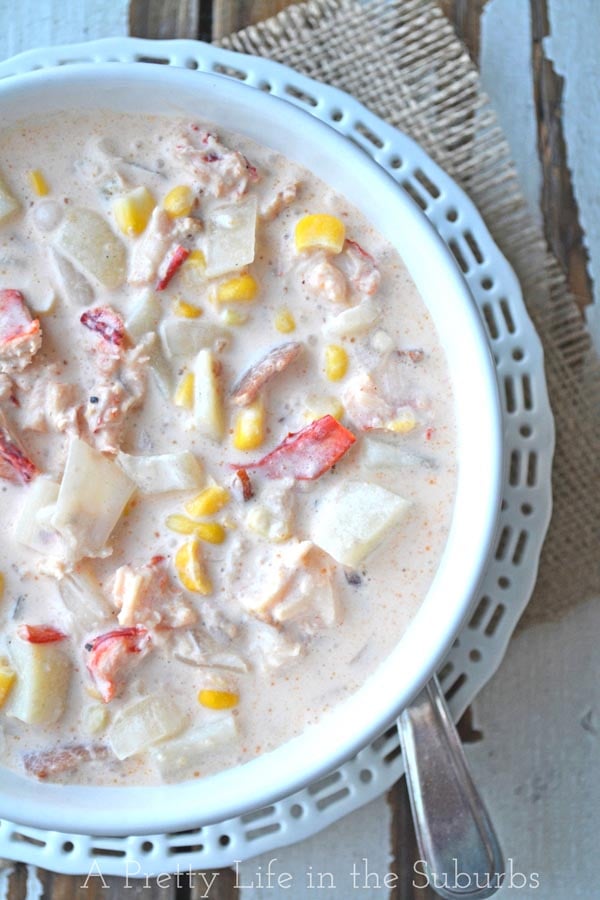 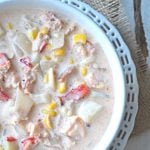 This Lobster Corn Chowder is a decadent and delicious soup!  Have it on your table in about one and half hours!

So are you a chowder fan?  The kind with seafood in it?  Lobster perhaps?

I love seafood.  In any form, but especially chowders!  One of my most favourite food memories, is of eating an amazing seafood chowder in Nova Scotia when I was a teenager on vacation with my family.  I remember eating this creamy bowl of amazingness while staring off into the Atlantic Ocean.  Dreamy.

Since that time I haven’t really had chowder (none very good anyway).  I live smack dab in the middle of the prairies, so there’s not much seafood to be found around these parts.  (But we are famous for our beef!)  But as luck would have it, a package of frozen lobster meat ended up in my freezer recently.  I had no idea what I was going to do with it.  I mean lobster is like gold.  You can’t just use it in anything…these things have to be thought out properly.  It’s lobster.  Must treat it royally. 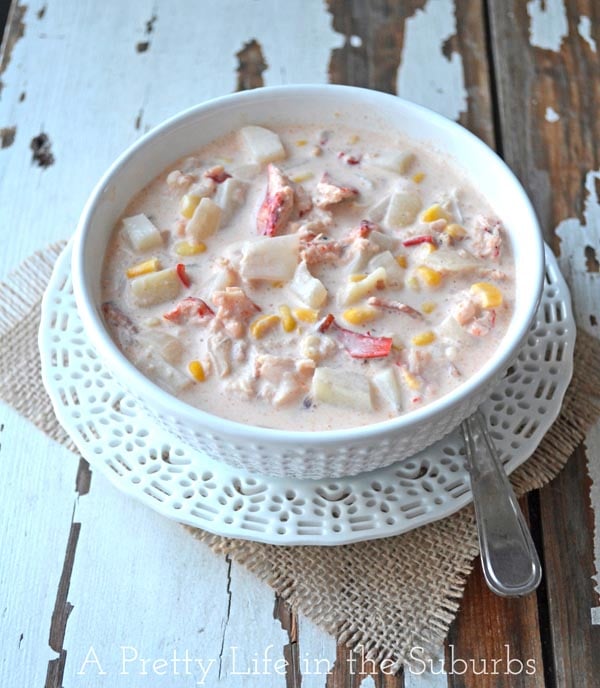 Then I saw it.  The perfect dish for this delectable meat.  The Barefoot Contessa’s Lobster Chowder.  Perfection.  This soup is creamy.  Hearty.  Rich.  And full of lobster goodness.  And don’t be fooled…this dish is NOT hard to make at all.  In fact, if you work efficiently, you could have it on your table in an hour…1 and 1/2 tops. 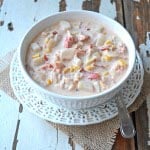 This Lobster Corn Chowder is a decadent and delicious soup!  Have it on your table in about one hour!

Adapted from The Barefoot Contessa

Make it a Meal!

Serve this soup with some crusty bread!  Garnish with some chives and it looks like a dish in a fancy restaurant!  Except that I forgot to do that for the photo…it really looks so much nicer with chives…sigh…oh well 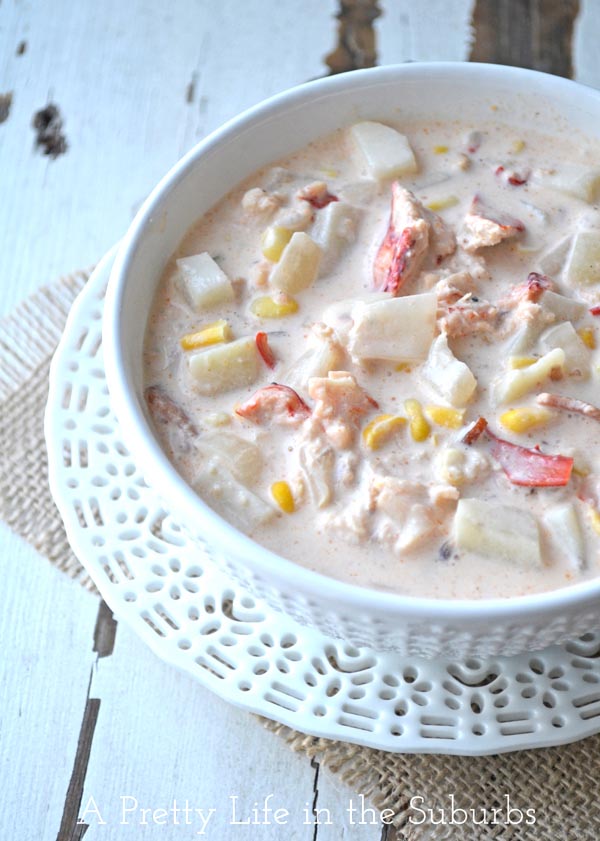 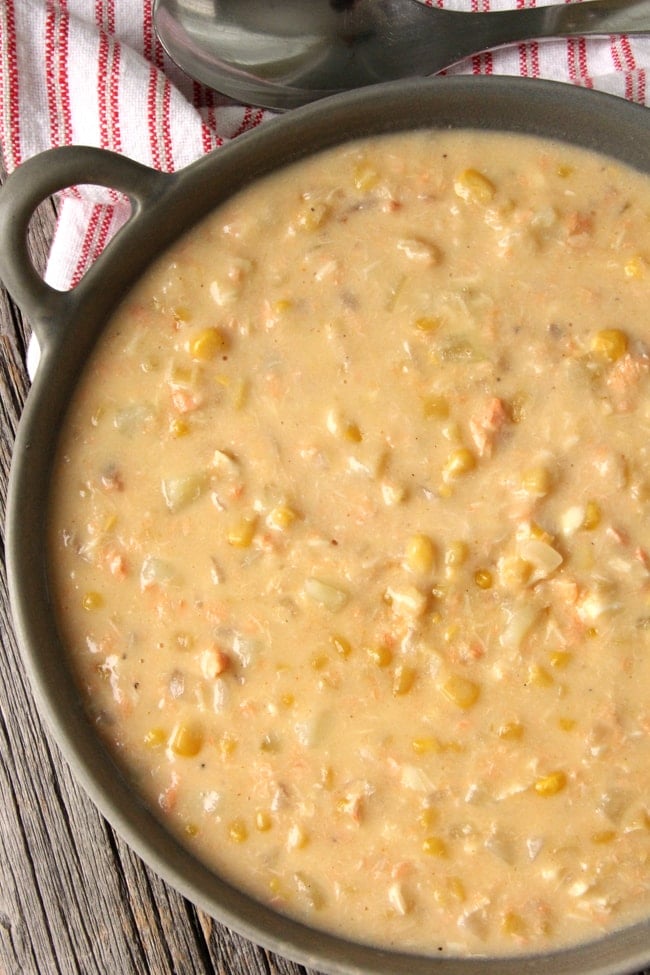 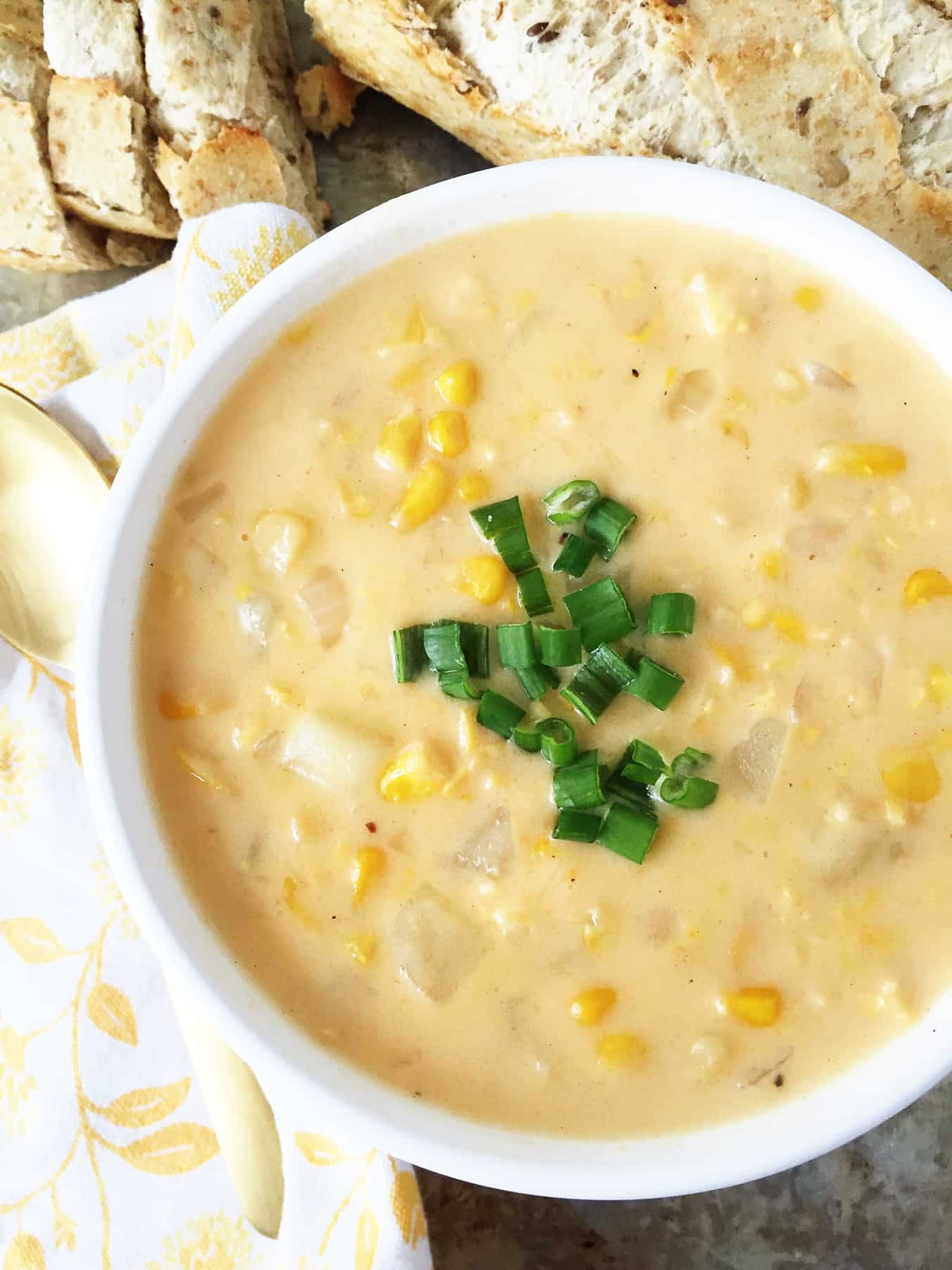 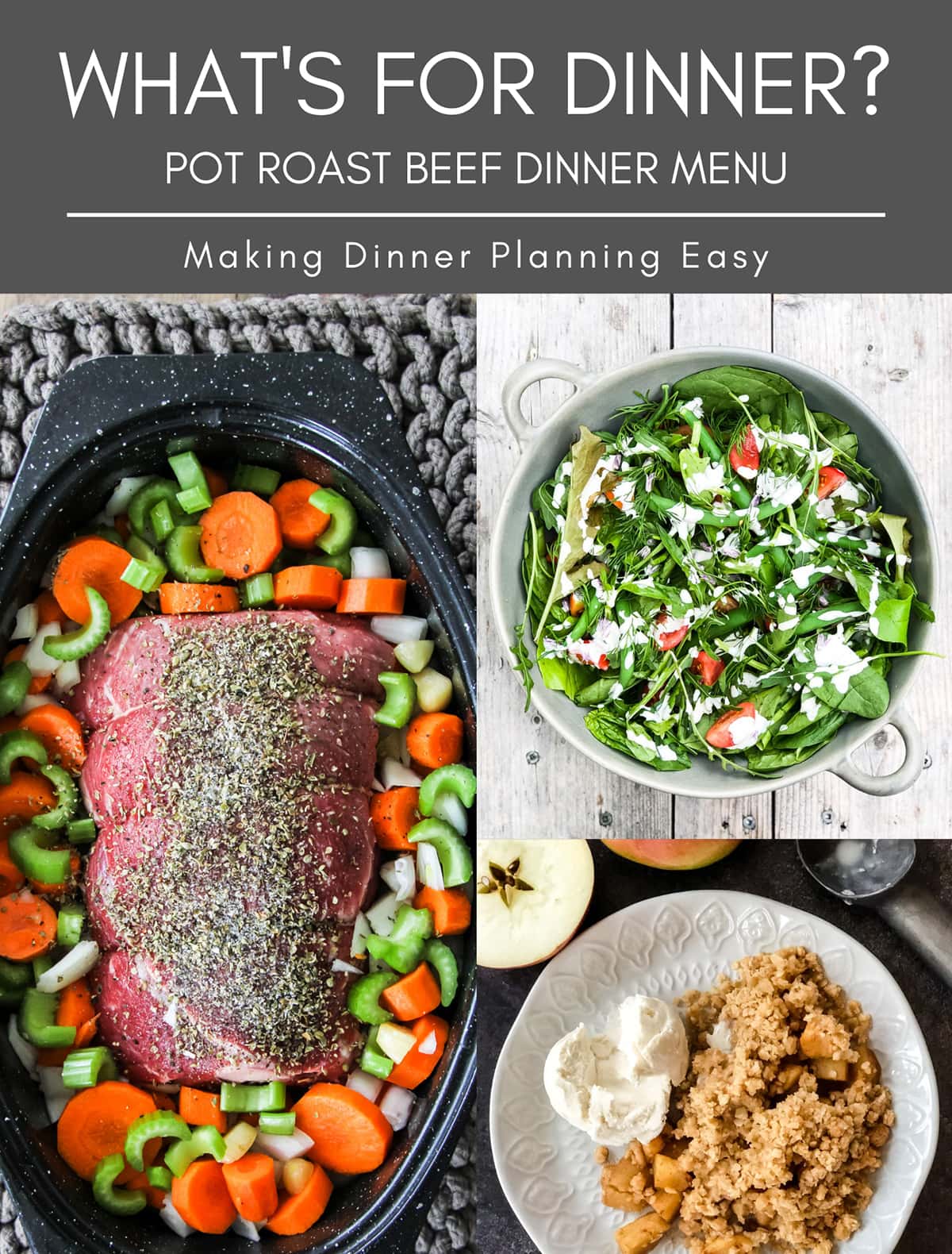 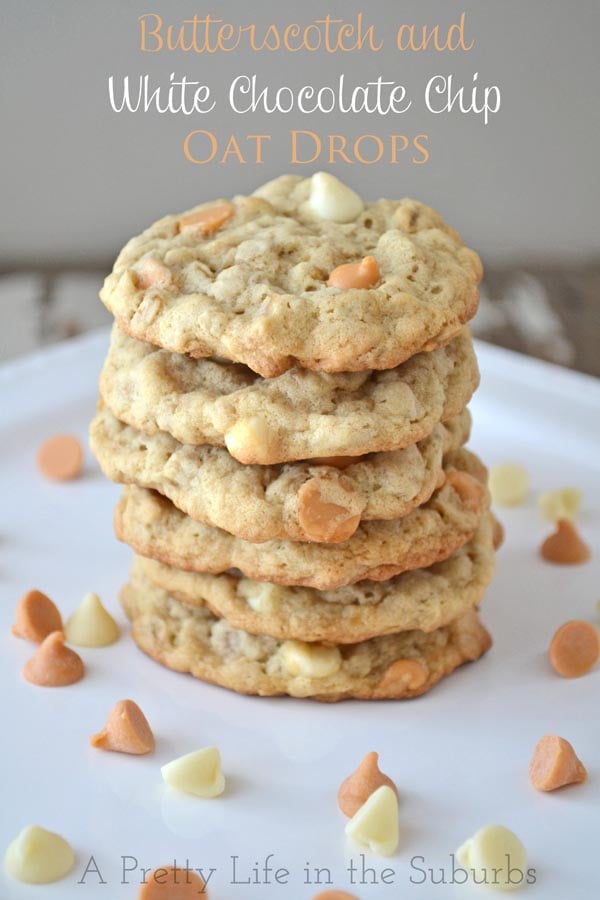 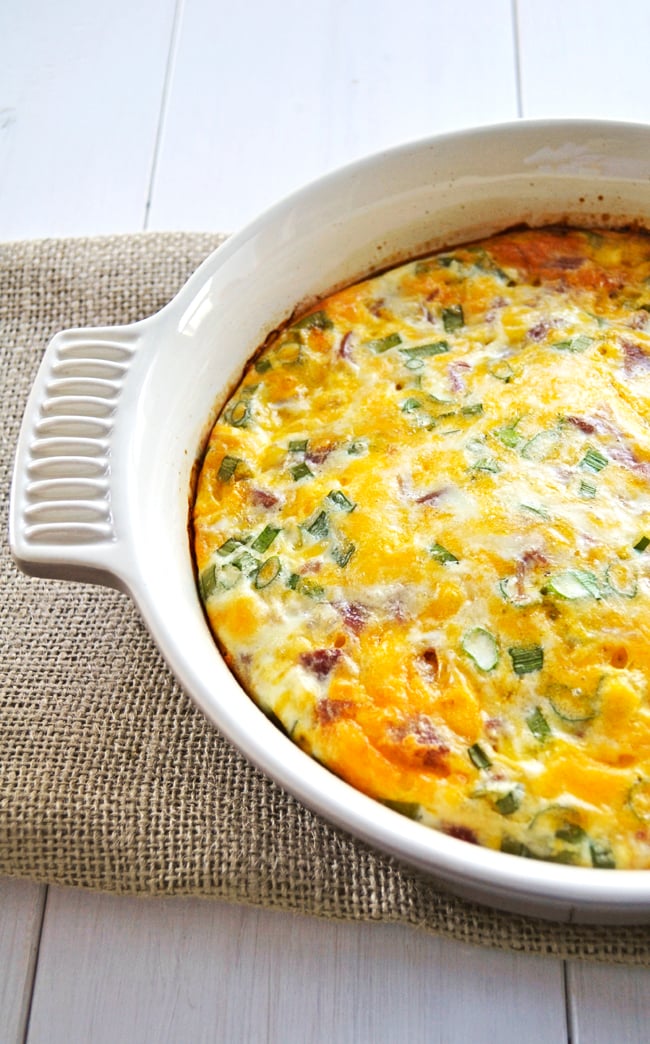 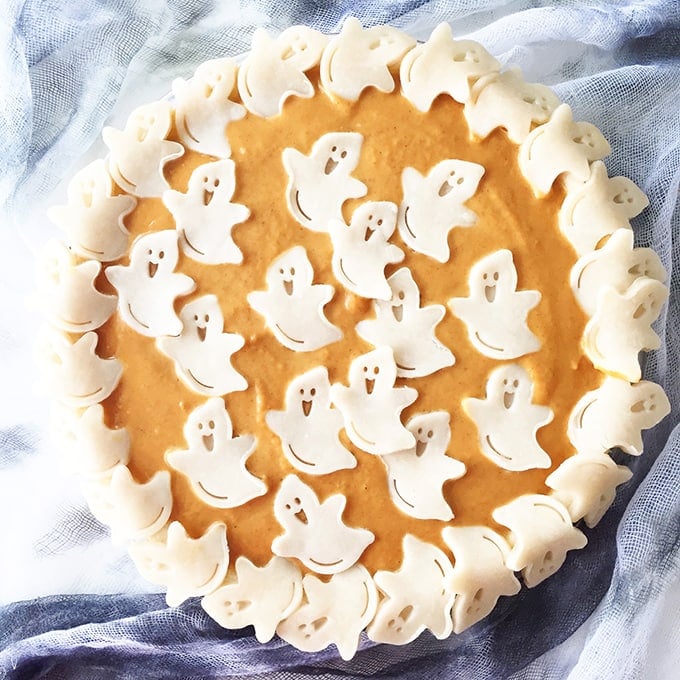 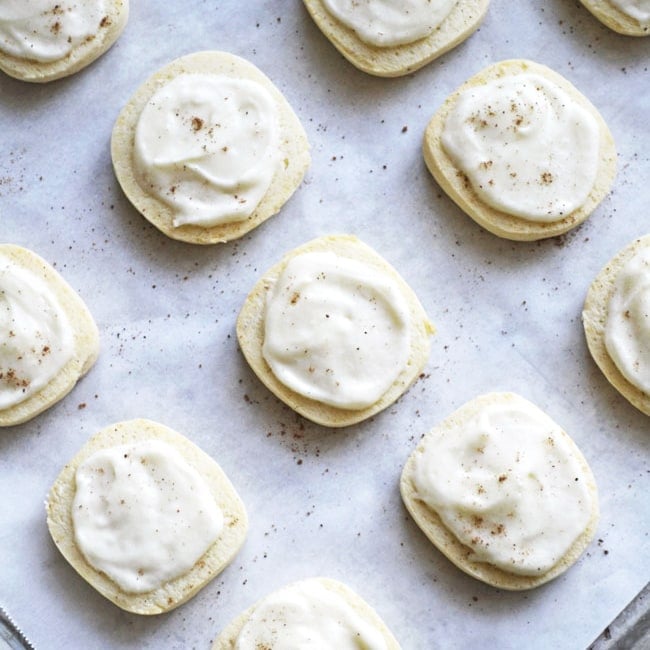