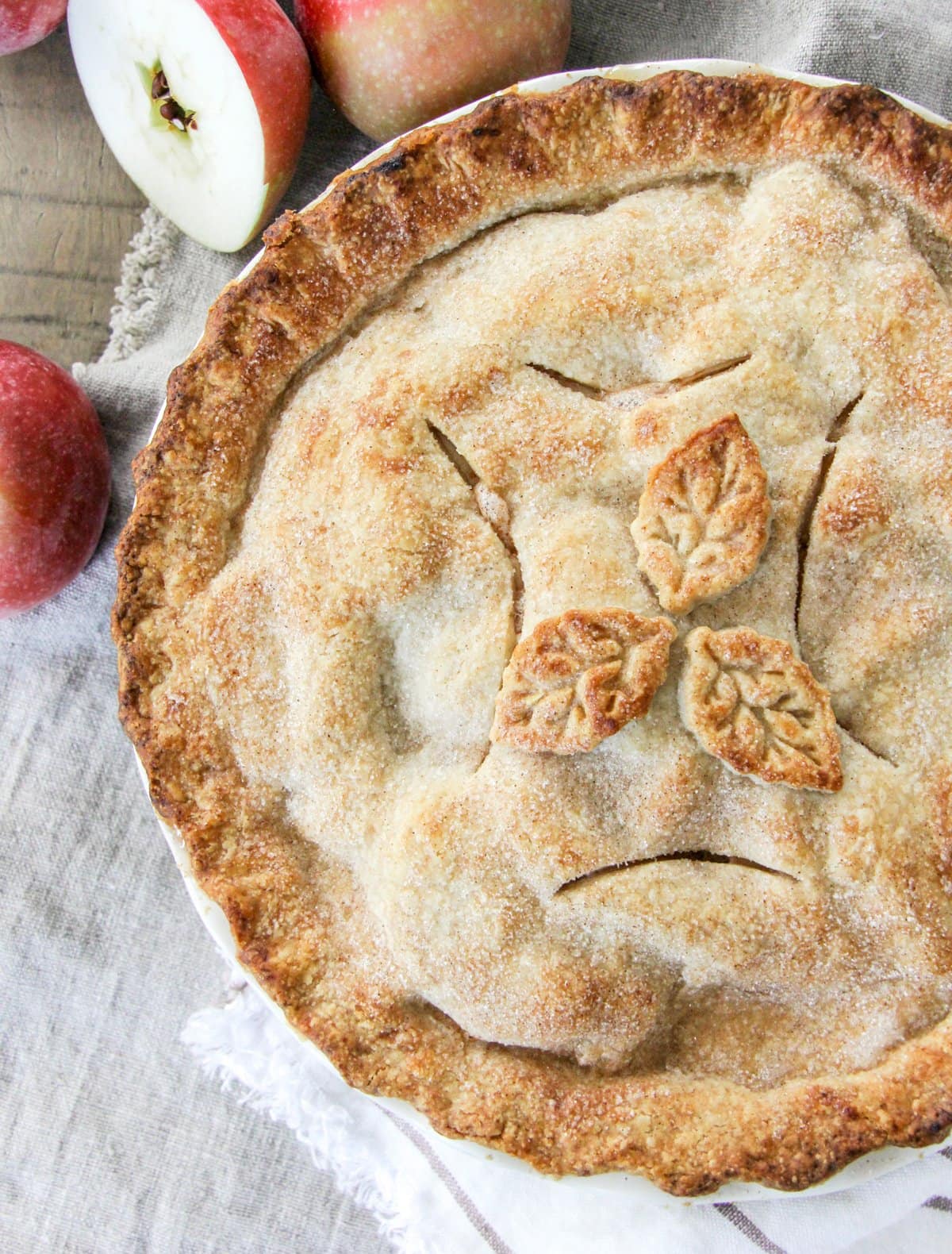 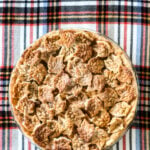 This really is The Best Apple Pie. The crust is tender and flaky, and the filling perfectly delicious with the flavours of apple and cinnamon!

If you’re looking for a classic apple pie recipe, this is it! I’ve been making this delicious recipe for years…it’s tried-and-true! I hope you love it.

What you’ll love about this recipe:

This pie has the most tender and flaky crust, and the filling is soft, sweet and cinnamon apple-y! Everything an apple pie should be. Serve this classic pie with a scoop of vanilla ice cream or whipped cream. We also LOVE it with slices of cheddar cheese on the side…have you had apple pie this way? Cheese + apple pie = delicious!

Making the Crust for Apple Pie:

The perfect apple pie starts with the crust! I like to start with my tried-and-true pastry recipe that makes the most tender and flaky crust. Then I make a filling with my favourite apple pie apples, McIntosh. The result, is the Best Apple Pie!

I bought a pie crust shield and it’s the BEST thing ever for baking pies (see the image below). Often when baking, the pie crust edges will darken much faster than the rest of the crust, so when I see that the edges are close to burning, I will lay the shield onto the pie. No more burnt crust! Love it. This is an affiliate link: this is the one I bought.

It doesn’t have to be perfect.

I think a lot of times, perfection stops people from baking pies. Pies do not need to look perfect. Repeat after me, pies do not need to look perfect. I have to remind myself of this every time I make pie…it seems a silly thing but it’s a good reminder. It’s okay if the filling bubbles up through the vents, that just means that the filling is delicious. The crust edges may get a little dark, that’s ok, you can fix it or prevent it with foil or a shield. The crust may settle funny over a mound of apples…if you look closely at my pictures, that’s what happened with this pie. It’s fine. When it comes to pie , it’s all about flavour.

Sometimes I like to get creative with my pie crusts. I have a set of pie crust stamps that I bought at Michaels that are perfect for a fall pie. Just stamp the leaves out of the dough, then lay them out how ever you like on to the top of your pie. No skill involved…trust me…you can do this. SO easy, and makes such a beautiful pie. I’m in love with this pie. 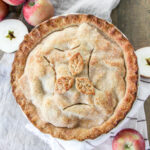 This really is The Best Apple Pie.  The crust is tender and flaky, and the filling perfectly delicious with the flavours of apple and cinnamon!

PIN IT to make later! 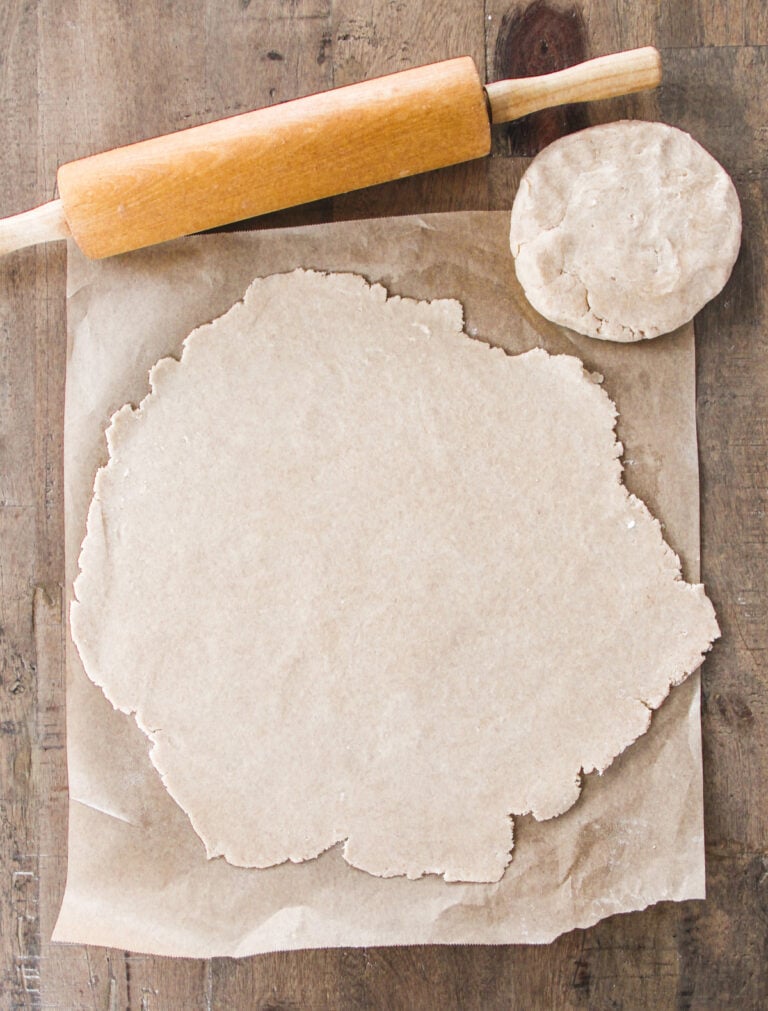 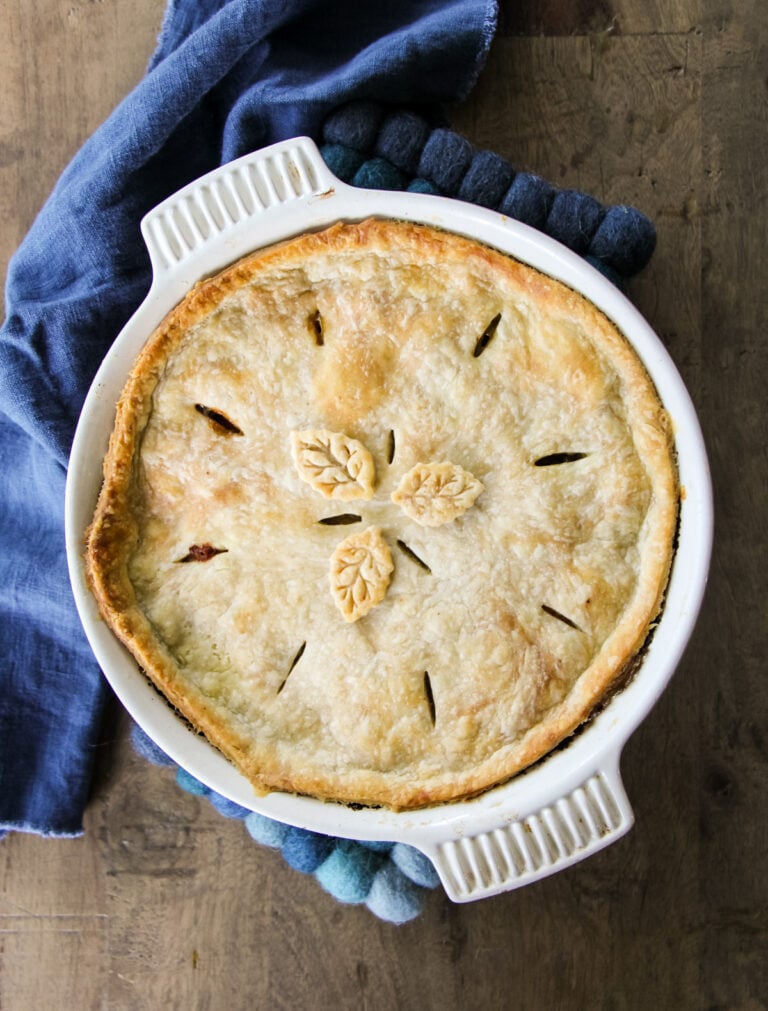 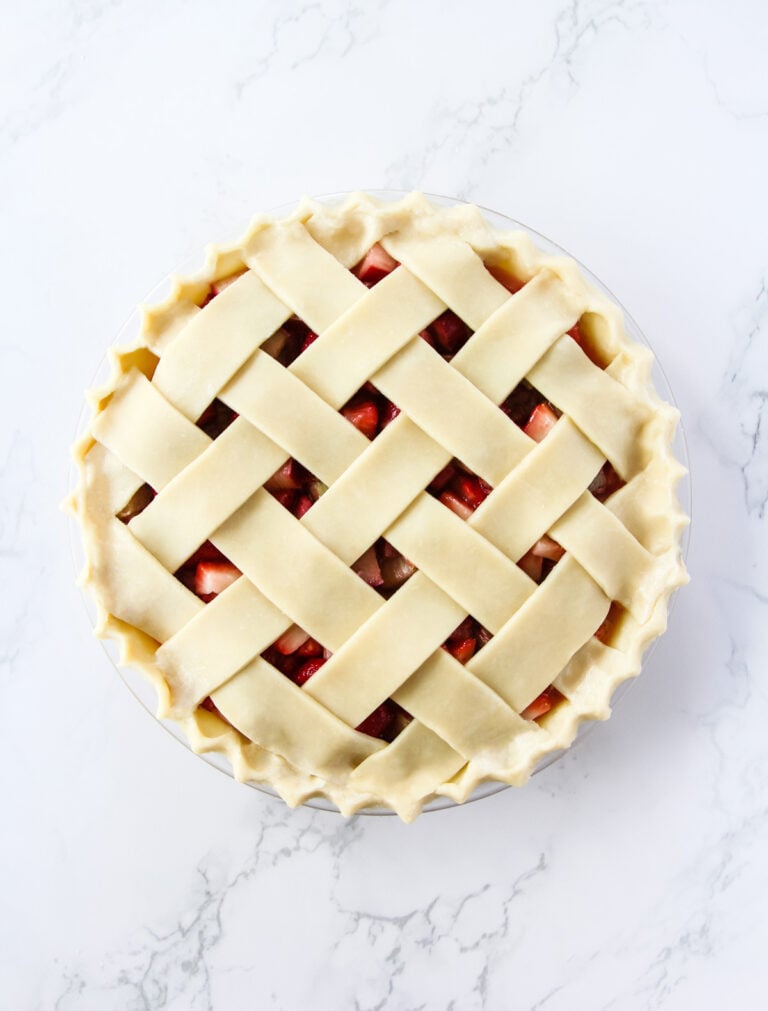 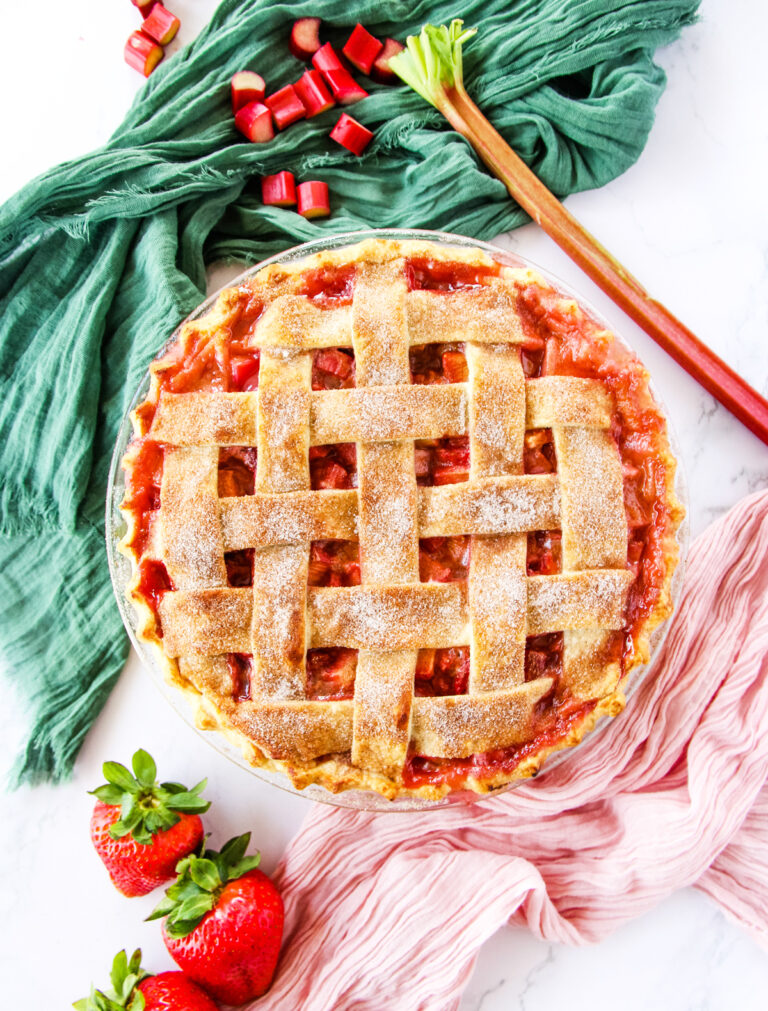 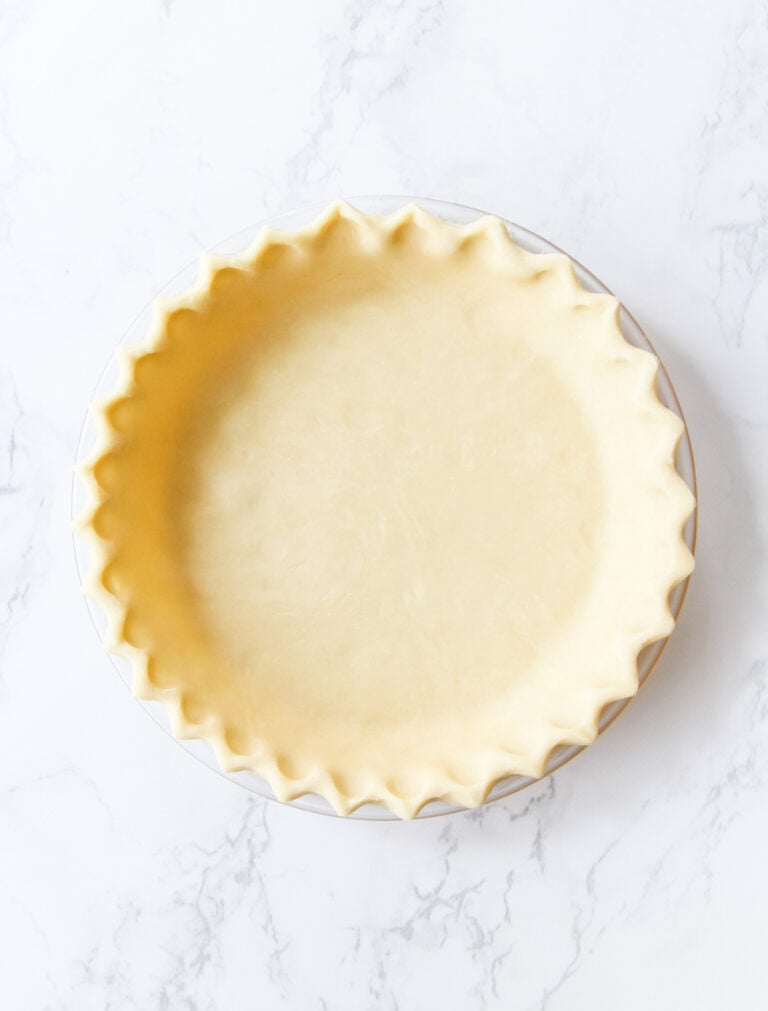 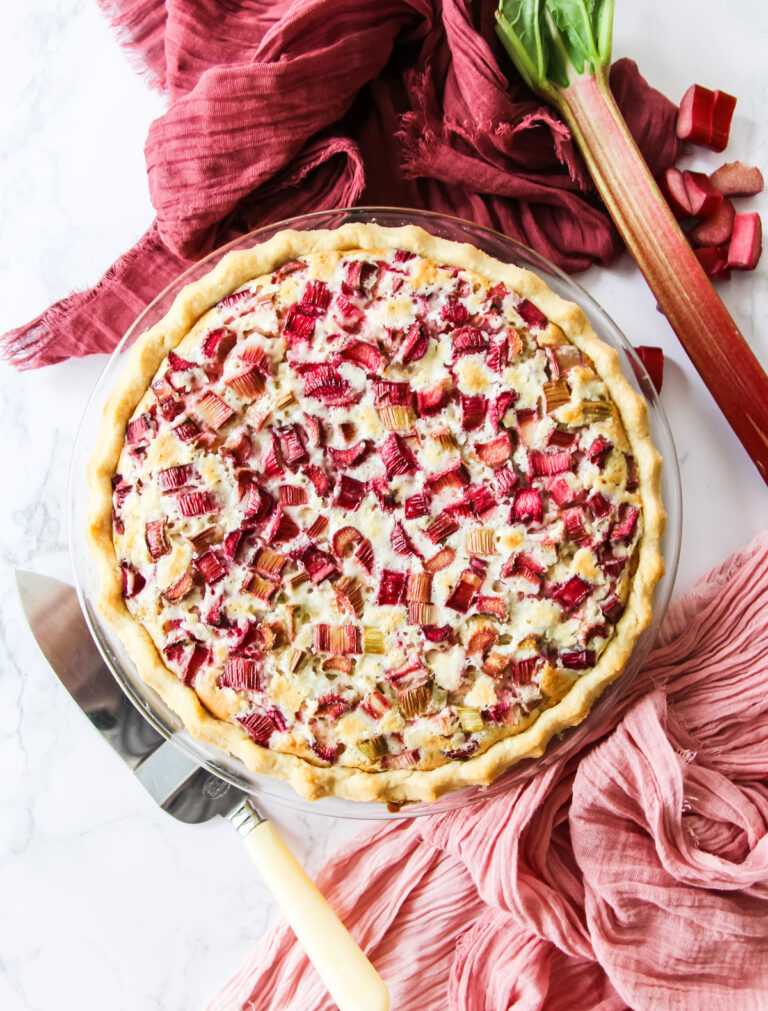 Note: This recipe was originally published September 2015. I have since updated it with new images and more recipe tips! 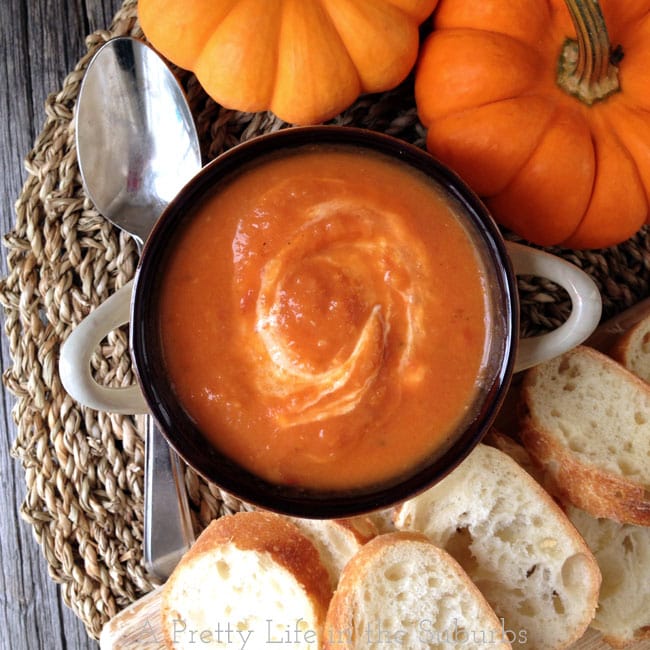 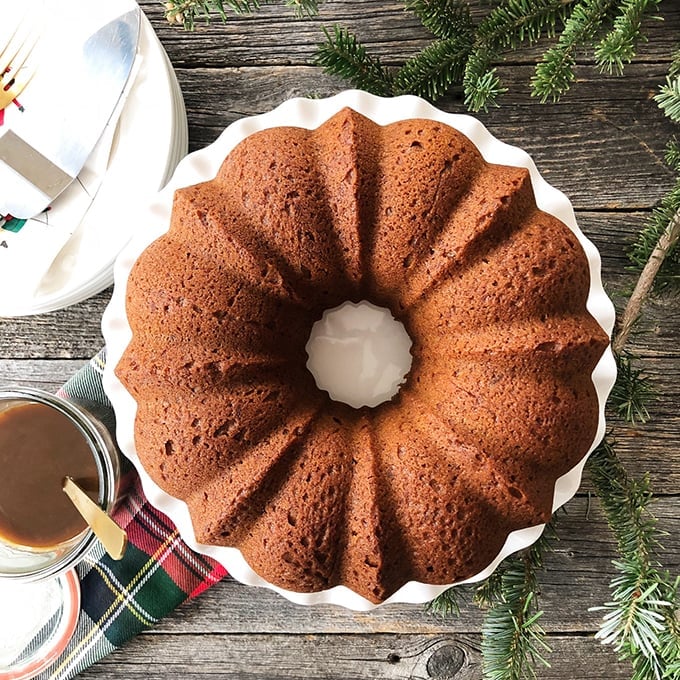 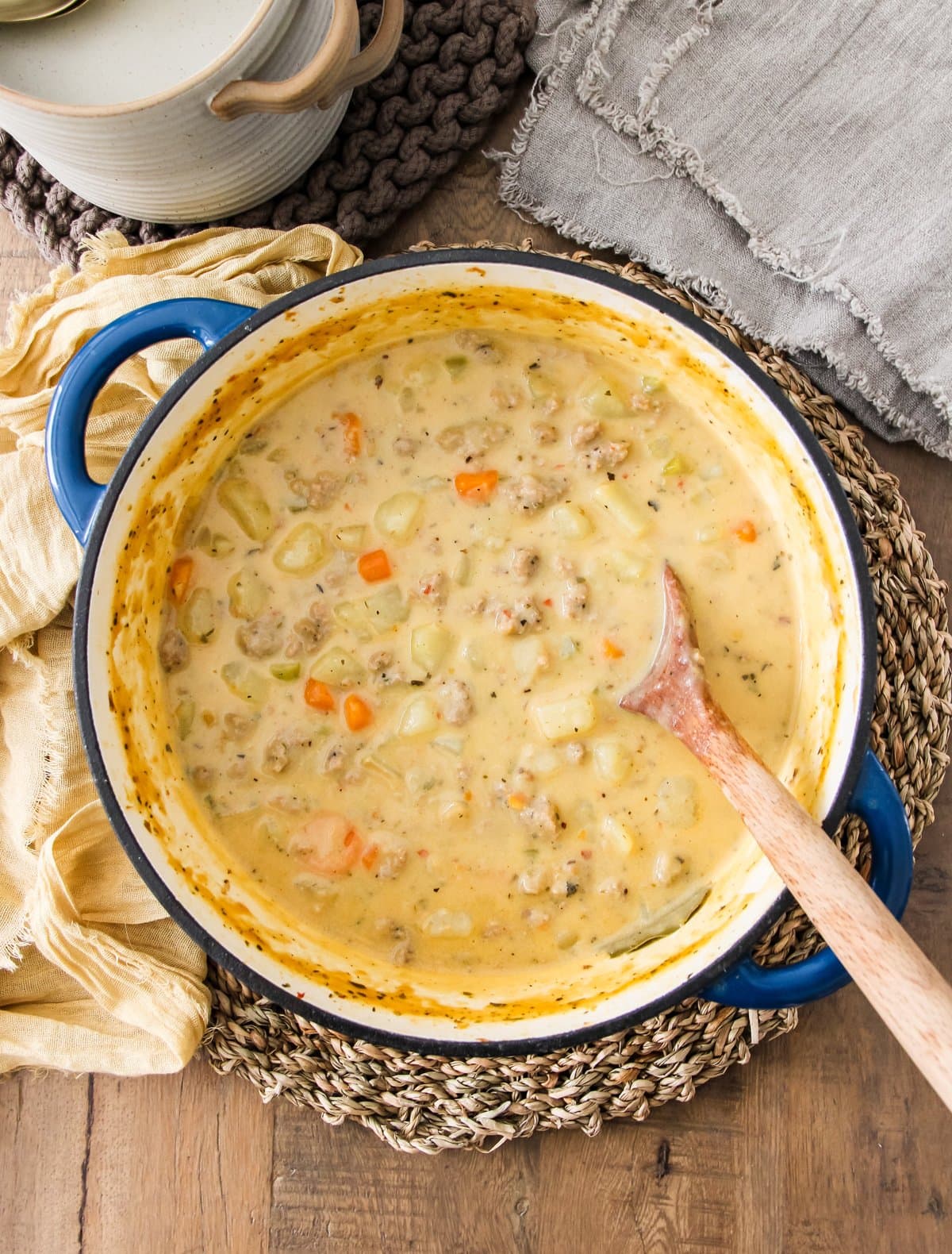 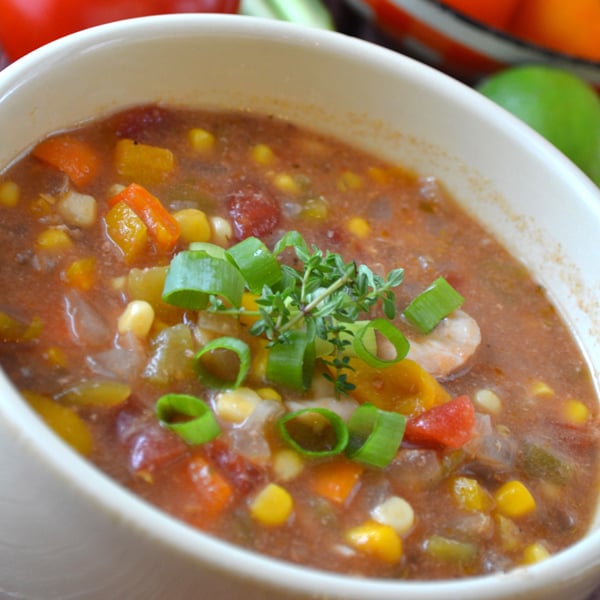 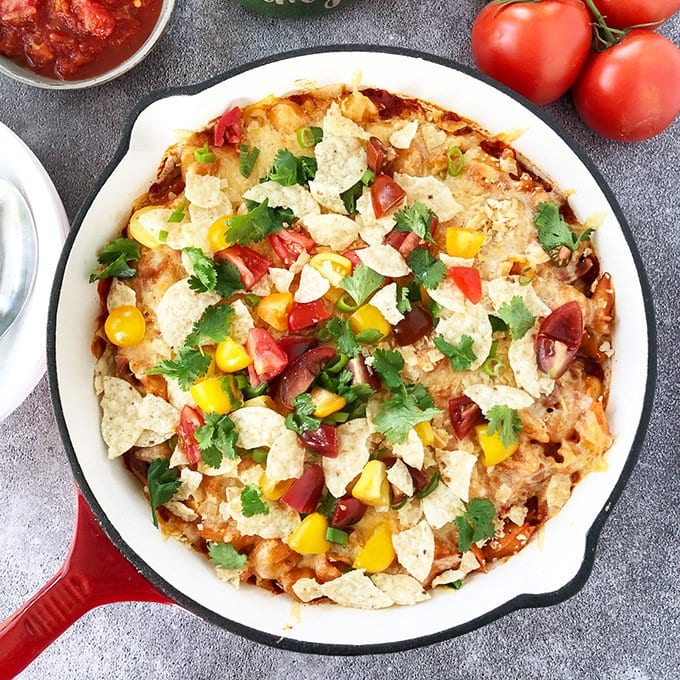