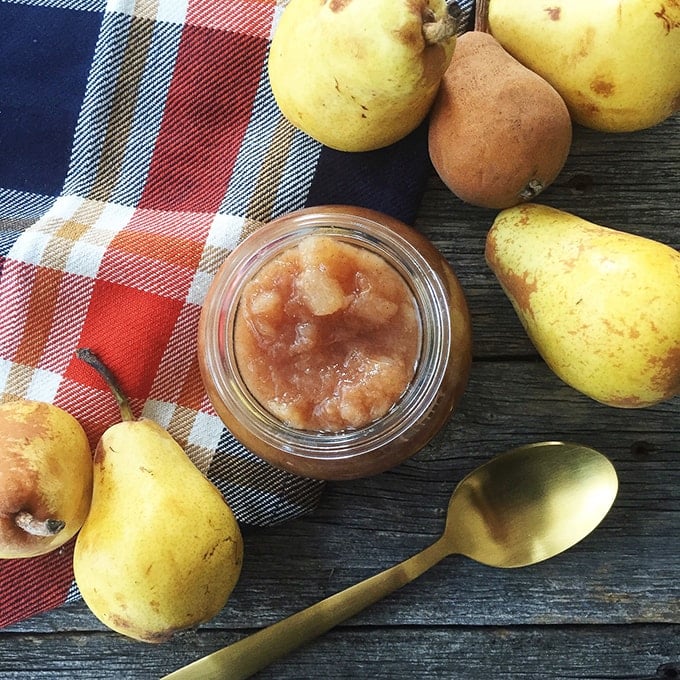 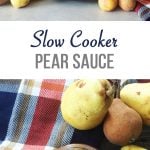 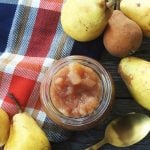 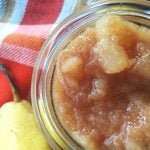 This Slow Cooker Pear Sauce is a great recipe for using up ripe pears!  Enjoy it with ice cream or add it to your baking!

Last week my friend Tiffany gave me this enormous box of pears.  And now I’m trying to come up with ways to use them all up, as I don’t want them to go to waste…I have a really hard time throwing food out…it feels like bad karma to me! 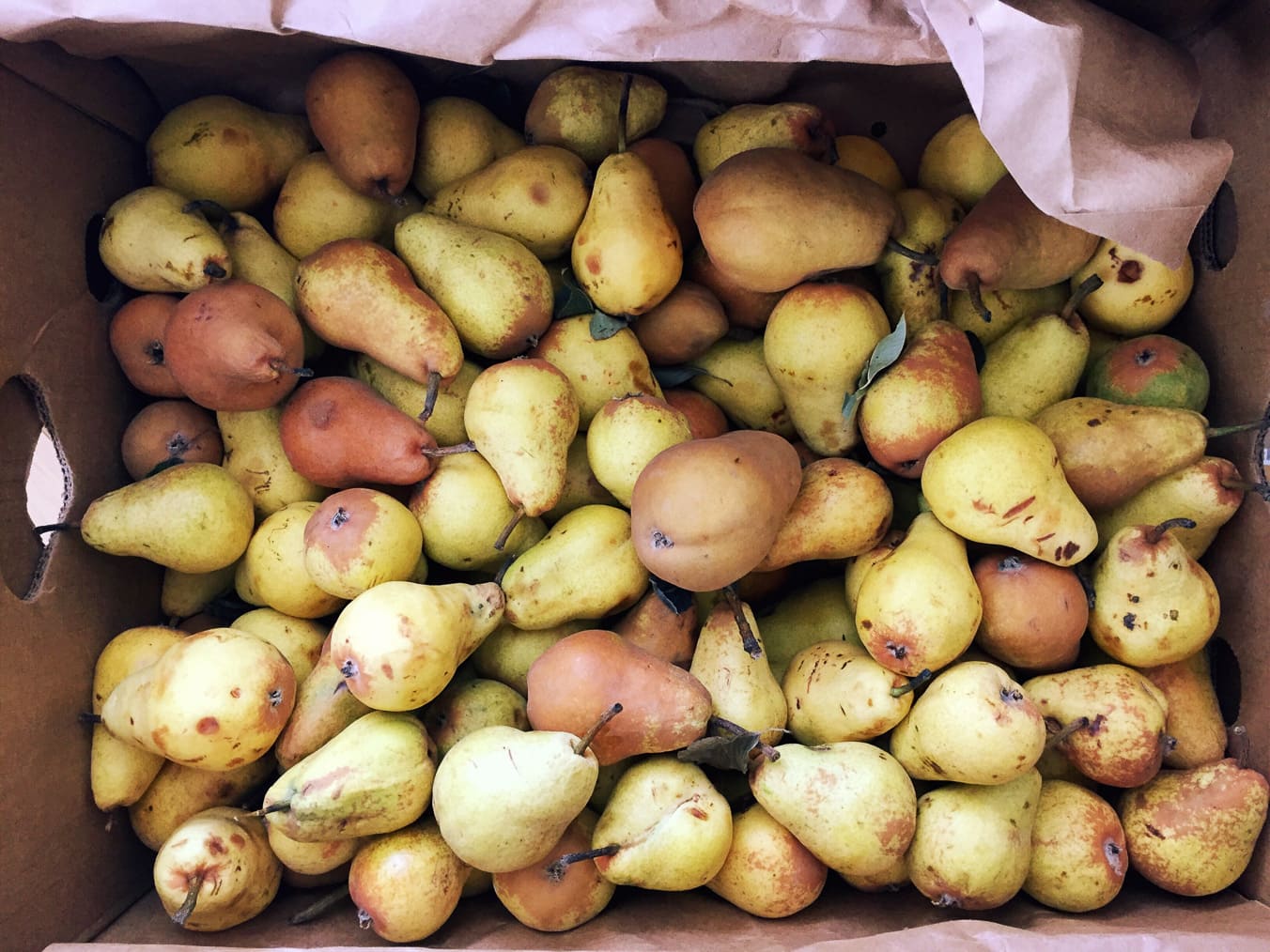 And since many of the pears are very ripe, bordering on overripe, I thought one of the best ways to deal with them was to turn them into a sauce like apple sauce.  And what better way to do that than with a slow cooker.

So on a busy morning before we rushed out to school, work and errands I loaded up my slow cooker with fresh pears and waited for the magic to happen.  After a few hours on low, the house smelled like cinnamon, and I had a delicious batch of pear sauce to use. 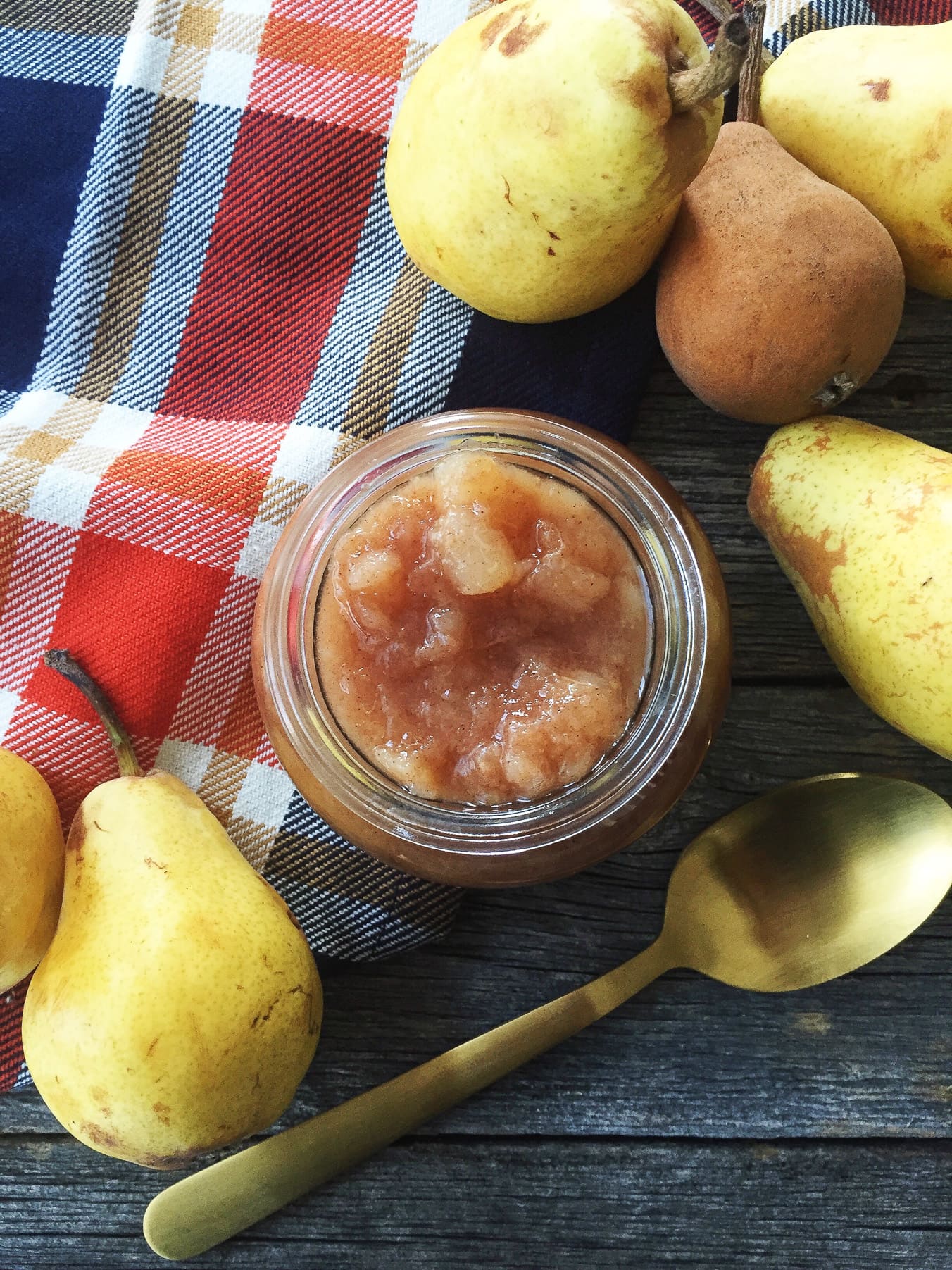 The thing about pear sauce, is that it’s not apple sauce.  It’s much different…the texture is a little more gritty, and the flavour is different, but it’s delicious.  It’s very good over vanilla ice cream, but I plan on mostly baking with the sauce.  I’m going to make muffins, a breakfast oatmeal and a few other things which I hope to share with you soon! 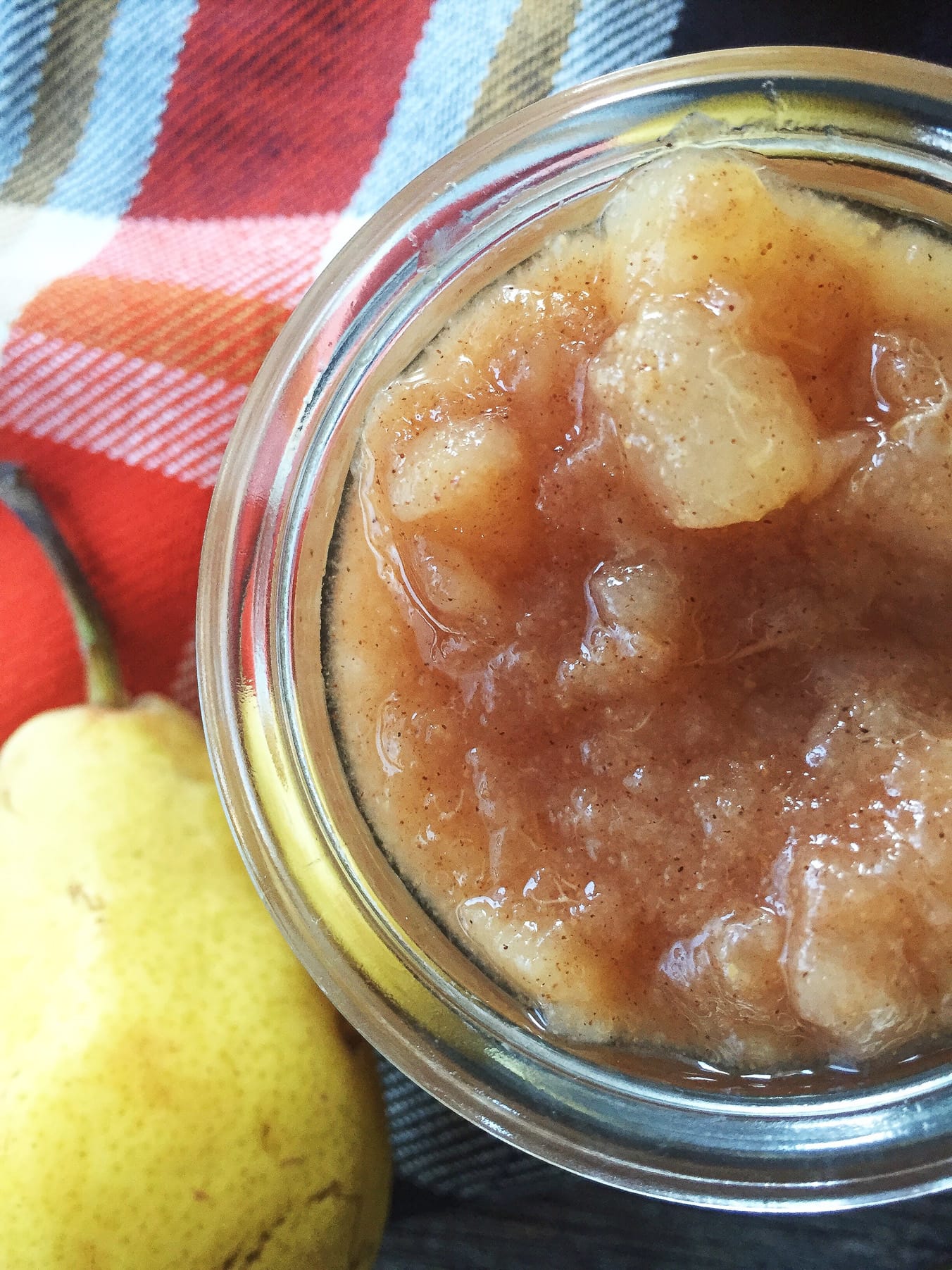 So if you’ve got a bunch of pears on the verge of being overripe, this slow cooker recipe is perfect!  And stay tuned for more delicious pear recipes coming your way!

This recipe makes approximately 4 cups of pear sauce.  Enjoy on it’s own, over ice cream or add to baking.

Now that you have pear sauce, you can make this Pear Baked Oatmeal! 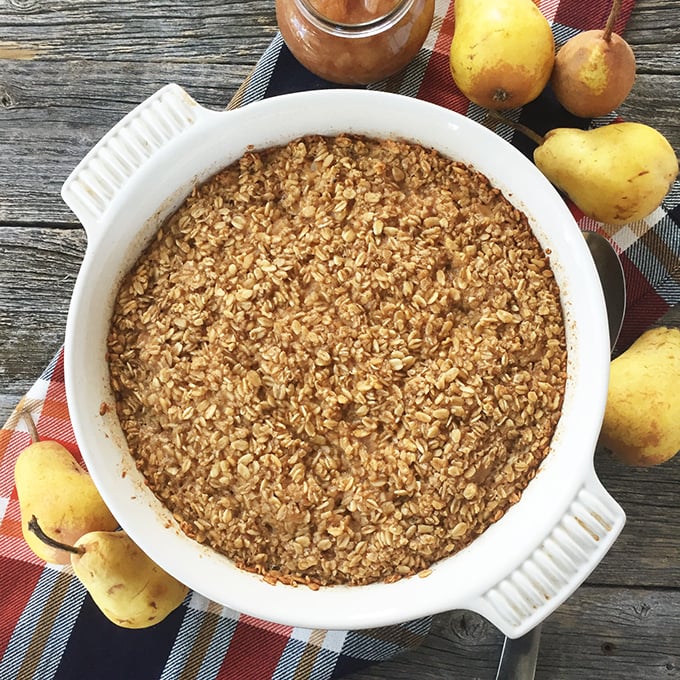 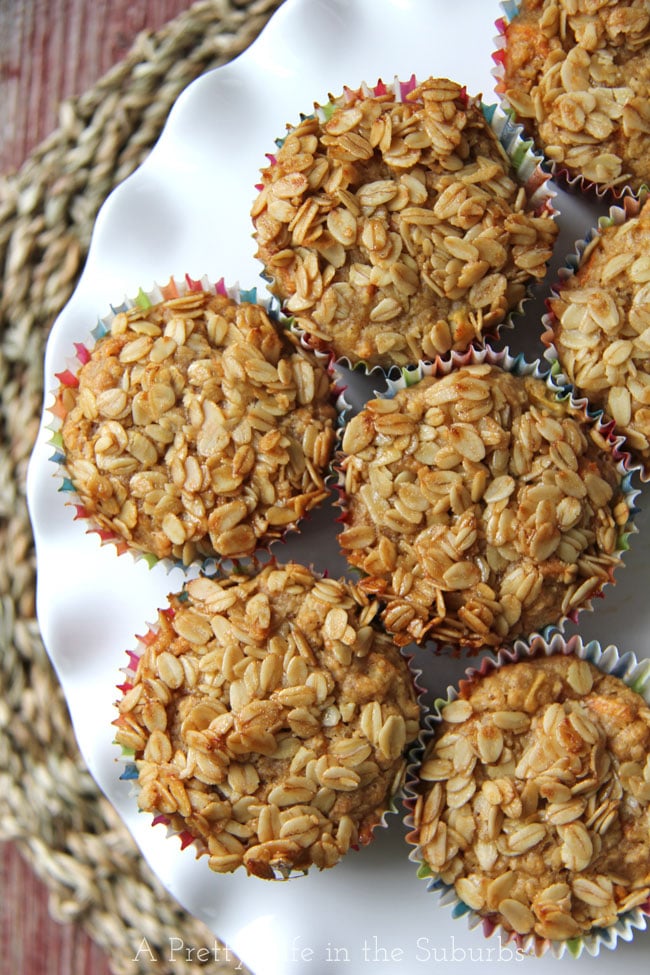 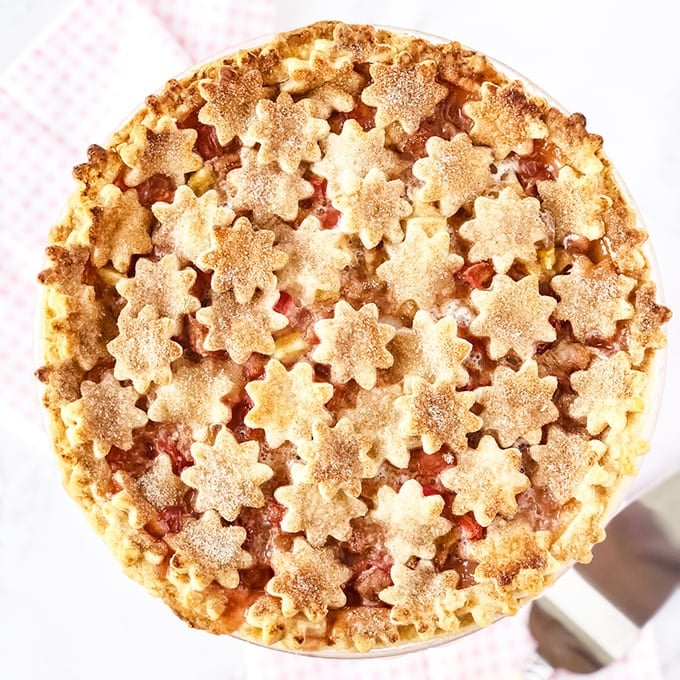 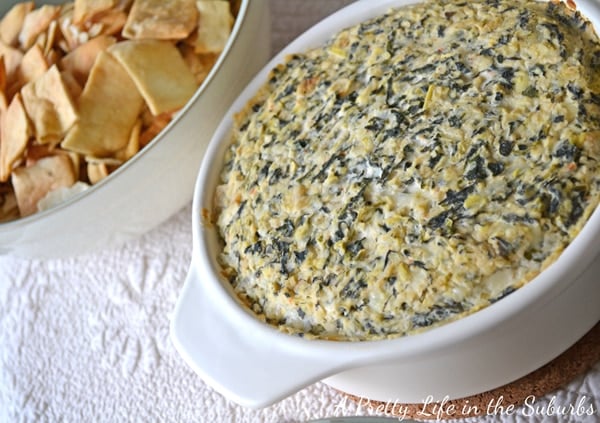