I’m going waaaaaay off the path today, but I have so much in my head that I need to get out.  This is a raw post.  I’m trying not to edit my feelings.  Just a little warning.

I have had this post in my head for a long time, and there was 1 of two ways it was going to go.  Either I had lung cancer or I didn’t.  Yep.  You read that right.  37 years old and worrying about lung cancer.  But it’s been my reality for a year and a half…a niggling worry in my head that wouldn’t leave me alone.  A constant companion of ‘what if’.  What if I have cancer?  What will happen to my kids?  My husband?  I still have so much to do.

Where do I start…you may recall in February 2012 I had multiple pulmonary embolisms as a complication due to a surgery I had that January.  One of those rare complications that you skip over when reading the fine print on your surgery forms.  But I had it.  I survived non-acute bi-lateral pulmonary embolisms.  Basically, several blood clots in both of my lungs.  Boy did I dodge a bullet.  A big old death bullet.

While the embolisms were serious, they were treatable and the worst was over with those.  BUT, the story doesn’t end there.  During the CT exam used to diagnose my embolisms there were some other things on my scan that the Drs didn’t like.  Things like spots on my lungs.  Lung nodules.

And that is where my year and a half long mental battle begins.  The worry the worry the worry because a resident told me it was very possibly lung cancer.  Whoa.  Not what I expected to hear.  BUT, after the head pulmonologist at the hospital looked at my scans, he told me he didn’t think it was cancer, but we didn’t know for sure what they were, so we would check back in on them again in 6 months.  Wait and see.

And I left that hospital with the seed of worry already planted in my head.  And once something gets into my head, there’s no getting it out.  I couldn’t hear and believe what the head pulmonologist told me…nope I only hear the worst.  Because there was a slight chance it was cancer, I couldn’t let it go.

So for 6 months I healed from my embolisms (which was a battle in itself), then all of a sudden it was time for my 6 month follow up CT scan.  But that appointment didn’t really leave me satisfied either.  I was told that the spots hadn’t changed much.  SO I was to come back a year later for another follow up CT scan.  I just wanted an answer and I wanted this whole nightmare over.  But we were back at wait and see again.

Did I mention that I don’t wait well.

I handled things pretty well during this year time.  I tried to push it to the back of my mind and forge ahead.  But as the time for my next CT came closer I felt that old familiar feeling of dread.  A year is a long time for things to change.  I didn’t know what was going to show up on those scans.

My CT was August 6 of this summer. 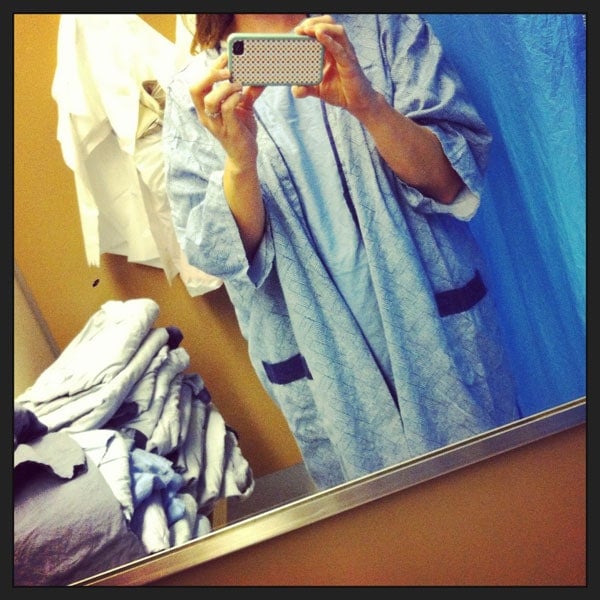 I took this photo right before I got my CT scan (I’m not sure why I did, but for some reason I felt compelled to document this moment, so I did).

In between taking this photo and actually getting my scan, I had a moment where I just started to cry.  But I couldn’t take it any more.  I looked around at everyone (myself included) in hospital gowns, on gurneys, with IV’s, all in the depths of their own diagnoses, fear and illness, and saw myself just for a second, and it was all I could take.  I thought I was quiet and unnoticeable in my emotional moment, but there is such kindness in this world.  The kindness in that hallway will stay with me for a lifetime.  People reaching out offering me kleenexes and encouraging smiles while battling their own demons, was one of the most amazing acts of kindness that I have experienced.  And it brought me hope.  Whatever happened I had to face it.  It was up to me on how I was going to do this.

So I got my scan and went on my way.  I had to wait until August 20 to find out what they revealed.  The wait darn near killed me.

Let me tell you, these past couple of weeks have been the longest, most agonizing days of my life.  I have been filled with dread.  Pure dread.

I felt like this scan was going to be a turning point in this journey.  Either the news was going to be good, and I didn’t really know what I thought good would be.  Does good mean that the nodules didn’t get bigger?  That they got smaller?  Could I hope that they would be gone?

OR this news was going to be bad, and would thus mean a long tough health battle ahead.

I didn’t know what to do.  How would I deal with a worst case scenario?

I was carrying on because I had to.  Thank goodness for having little ones or I would never have gotten out of bed.  Seriously.  I felt like I had a big dark cloud over my head that was growing bigger everyday.  Every worst case scenario kept going through my head over and over (my husband jokes that I always go to Def Con 5).  A constant negative noise that wouldn’t leave me alone.  And the worst case scenario for me here was the big C word.  Cancer.

But cancer doesn’t have a face.  People get cancer.  For no reason it happens.  It could happen to me.

But it didn’t happen.

Today I got my results and the nodules have basically disappeared.  The best case scenario happened for me today.  A scenario that I didn’t even entertain because I thought it was too good to be true.

But the nodules have basically disappeared.  Disappeared.  The spots turned out to be ‘infarcts’ which basically is lung tissue that dies from no oxygen supply, which happened as a result of my embolisms.

Basically I now have a barely there little scar left on my lung.  A scar.  A benign, harmless scar.

Words cannot express my relief.  My gratitude.  I am more thankful than I can say.  I feel like a cloud has lifted and I can move ahead with my life.

I have struggled for the past year and a half with worry.  So. Much. Worry.  A year and a half is a long time to agonize.  So I’m going to take some time to wind down now.  And make plans.  I just couldn’t make plans before because that’s what I do…I kind of shut down…it’s how I cope.  But now I’m making plans because this mental nightmare for me is over.  Over.  No more scans.  No more worry.  It’s over. 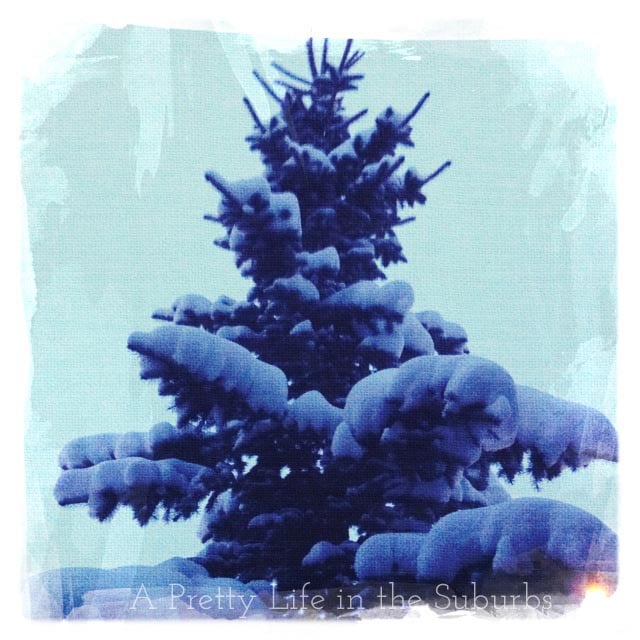 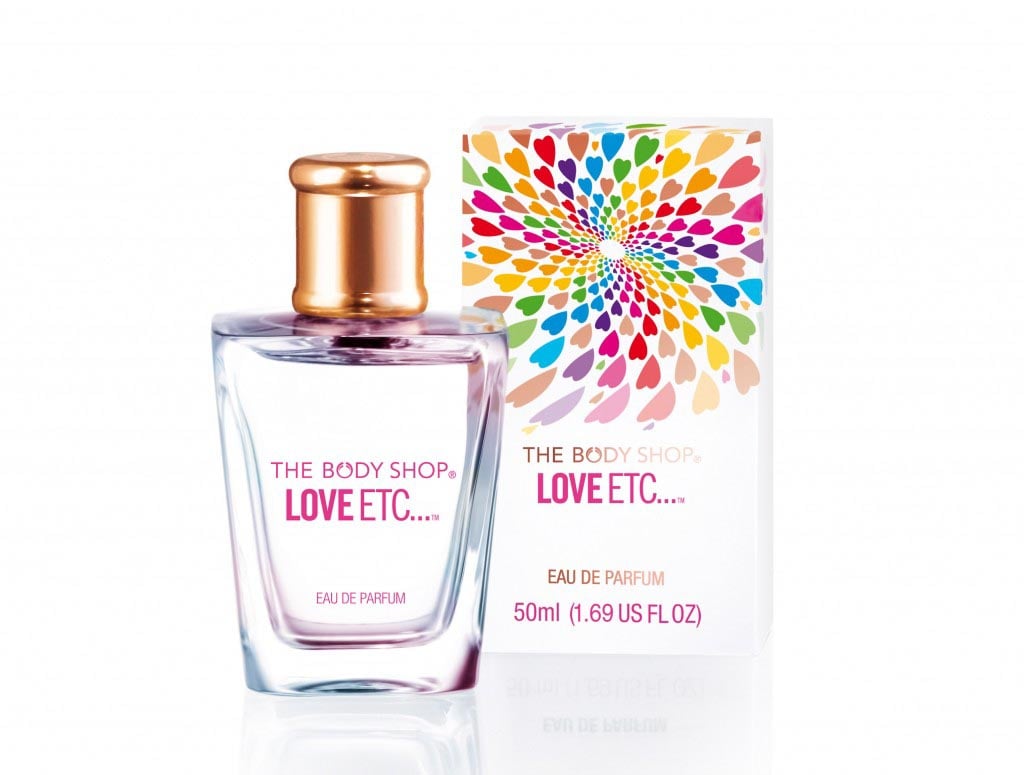